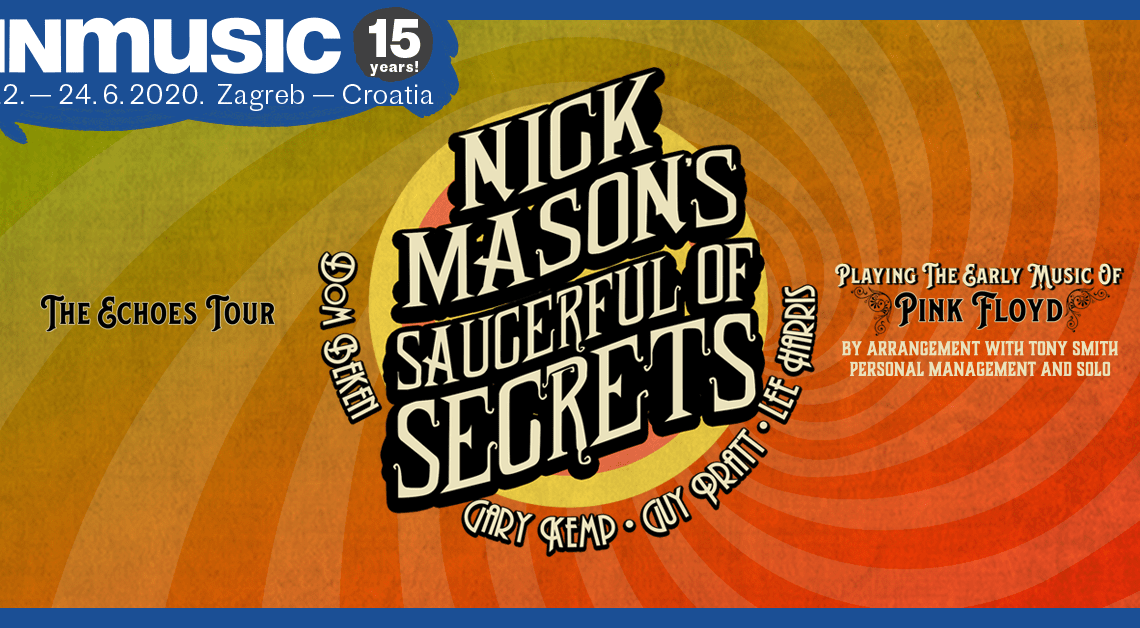 Nick Mason’s Saucerful of Secrets will join The Killers, Beck, Deftones, The Lumineers, Belle and Sebastian, and Rival Sons at the upcoming 15th edition of INmusic festival which will take place at Zagreb’s lake Jarun from June 22nd to June 24th, 2020.

The legendary founder and drummer of Pink Floyd Nick Mason, returns to the stage with his Saucerful of Secrets to deliver an enchanting rendition of the early formative years of Pink Floyd and its game changing influence, a truly unique musical experience fit for the anniversary edition of INmusic festival. Nick Mason’s Saucerful Of Secrets are Nick Mason, one of the founding members, as well as the only constant member, of the legendary Pink Floyd; Gary Kemp, Spandau Ballet’s lead guitarist and principal songwriter, on vocals and guitar; Guy Pratt, an extraordinary session bass player who worked with music giants, along with playing bass for Pink Floyd and David Gilmour; Lee Harris of Blockheads on guitar, and producer and composer Dom Beken on keyboards.

Nick Mason’s Saucerful Of Secrets played their first gigs at four intimate and acclaimed live shows in 2018, which were Nick Mason’s first live musical outings since Pink Floyd’s Division Bell Tour in 1994, and the show at Dingwalls was his first since Pink Floyd played at the 2005 Live 8 concert in London.The band went on to sell-out theatres around the world including three nights at London’s Roundhouse, where Pink Floyd played some of their most revered early shows in the 1960’s.

The 2020 tour will see the band further expand their repertoire and will play songs from Pink Floyd’s early catalogue up to the 1972 album ‘Obscured by Clouds’.