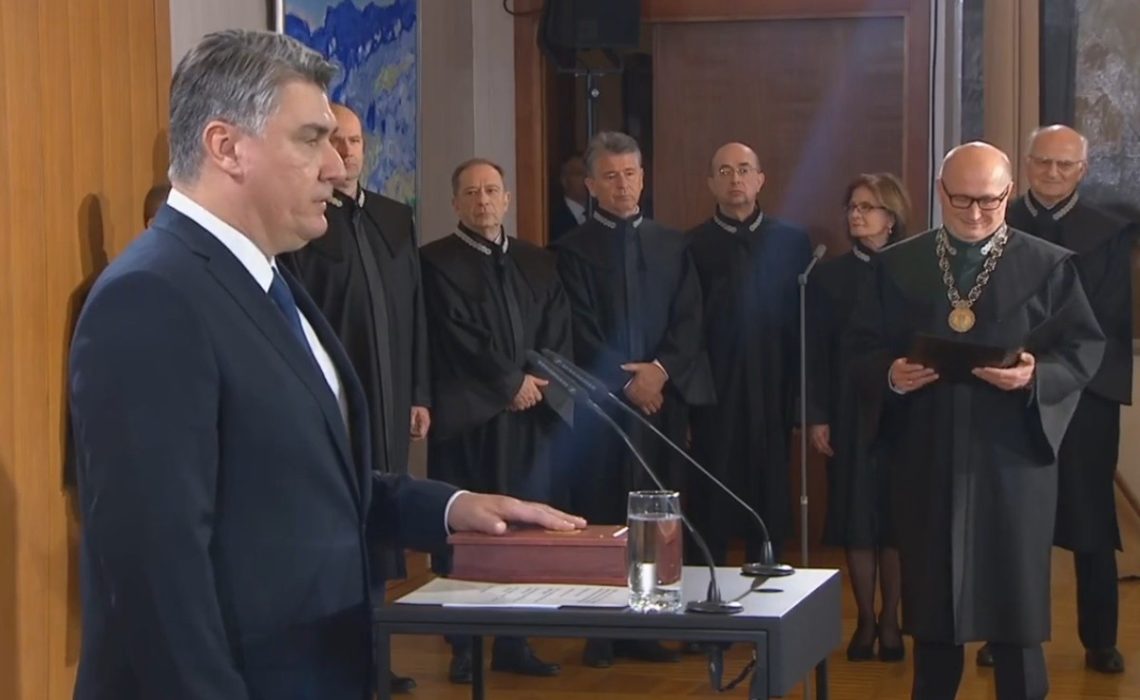 Milanovic has been sworn in as the fifth President of Croatia after beating former President Kolinda Grabar Kitarović in a tight runoff vote held on January 5th. The inauguration ceremony was attended by a total of 43 guests, the lowest number to date, including state officials, Milanovic’s family and members of his campaign team. It was the first time that a presidential inauguration was not attended by party leaders, diplomats and church dignitaries and it was held in Zagreb’s Pantovčak neighborhood and not in Saint Mark’s Square as it has been a tradition so far.

Addressing the inauguration ceremony, Milanović said: “This is a house for us, for all of us. Our republic needs each person, so every person in Croatia must get a chance and opportunity to find their way and their place, and live in dignity from their work.” He also added: “It seems to me that there is only one right way, and that is full and active support by the government to academic and scientific independence and independence of the judiciary and media. That’s the strongest defense against tyranny, tyranny of any kind.”

Milanović was the Croatia’s prime minister from 2011 to January 2016 as the Social Democratic Party (SDP) leader. His victory at the presidential elections marked an important boost for the liberal political options in predominantly conservative and populist Central and Eastern Europe.