The 20th jubilee of the ‘Naj, naj, naj festival’, which will be held from 26 February until 1 March 2020, is a special event, not just because of its special celebratory edition but also because of its humanitarian character, meaning that it is entirely dedicated to the fight against peer violence.

The aim of the opening ceremony, which will be held on Wednesday, 26 February, at 11 am and which includes the performance of the play Speak and You’re Dead! (in Croatian: Ako kažeš, gotov si!) that covers the topic of peer violence, is to commemorate the National Day of Fight Against Peer Violence and Pink Shirt Day in Croatia. Following the performance of plays that touch on the subject of peer violence, other activities will be organized, such as workshops led by expert psychologists from the Child and Youth Protection Center of Zagreb. 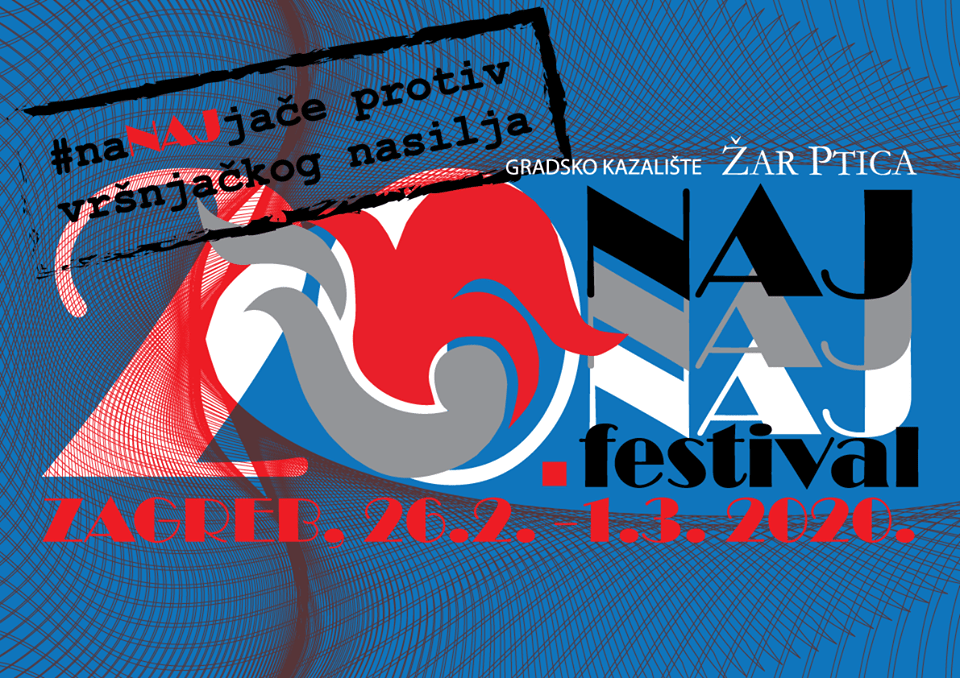 By buying a ticket, everyone will be able to participate in fundraising for anti-bullying school projects (workshops, school magazines, drama class plays, student art exhibitions). The money raised at each of the 8 festival plays will be given to pre-selected schools from different parts of Croatia, which proactively try to prevent peer violence in their environment.

The ‘Naj, naj, naj festival’ was founded in 2001 by Marija Sekelez and it was supposed to be a festival where the very best children’s theater plays from all over Croatia would be performed. In 2007 it became an international event. When that happened, the festival competition became enriched with new and different approaches to theater art that each competing visiting country brings to the table. At previous ‘Naj, naj, naj festivals’, the children of Zagreb enjoyed a total of 272 plays, 61 of which were performed by international guests.