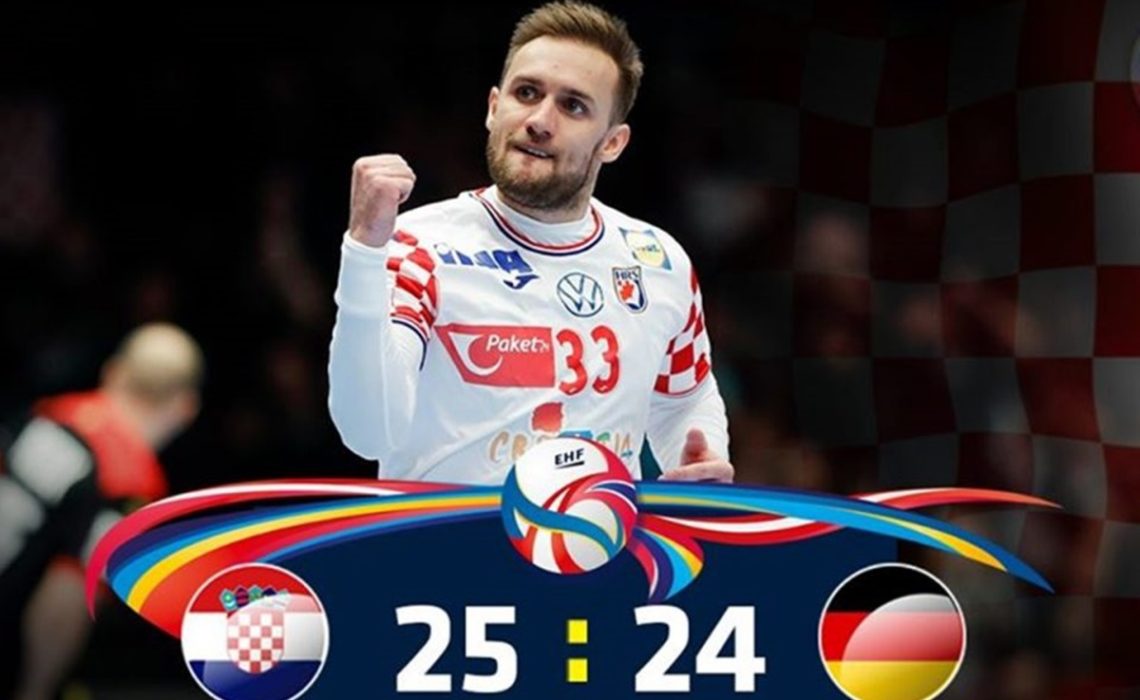 Croatia National Handball team met Germany in the second round of the European Men’s Handball Championship in Vienna on Saturday. Croatia managed to defeat Germany 25:24 after a very intense match when Igor Karačić scored just a minute and a half before the end of the match, and thanks to the great defense of Marin Šego 13 seconds before the end.

Croatia is first in their group play after wins against Montenegro, Belarus and Serbia and made a winning start to the Main Round with a win over Austria in Vienna on Thursday. Yesterday, Croatia was behind for the majority of the match but then Duvnjak scored a crucial equalizer for 24:24 with three minutes to go. Karačić put Croatia back in the lead in the 58th minute for 25:24 and the atmosphere in the arena went wild. Karačić was also named the player of the match!

The 2020 European Men’s Handball Championship is the 14th edition of the tournament and the first to feature 24 national teams. It is being co-hosted for the first time in three countries – Austria, Norway and Sweden from 9 to 26 January 2020. The semi-finals will be played on 24 January in Stockholm, with the final taking place on 26 January also in Stockholm. Croatia will face Czech Republic and Spain in their remaining Main Round matches.