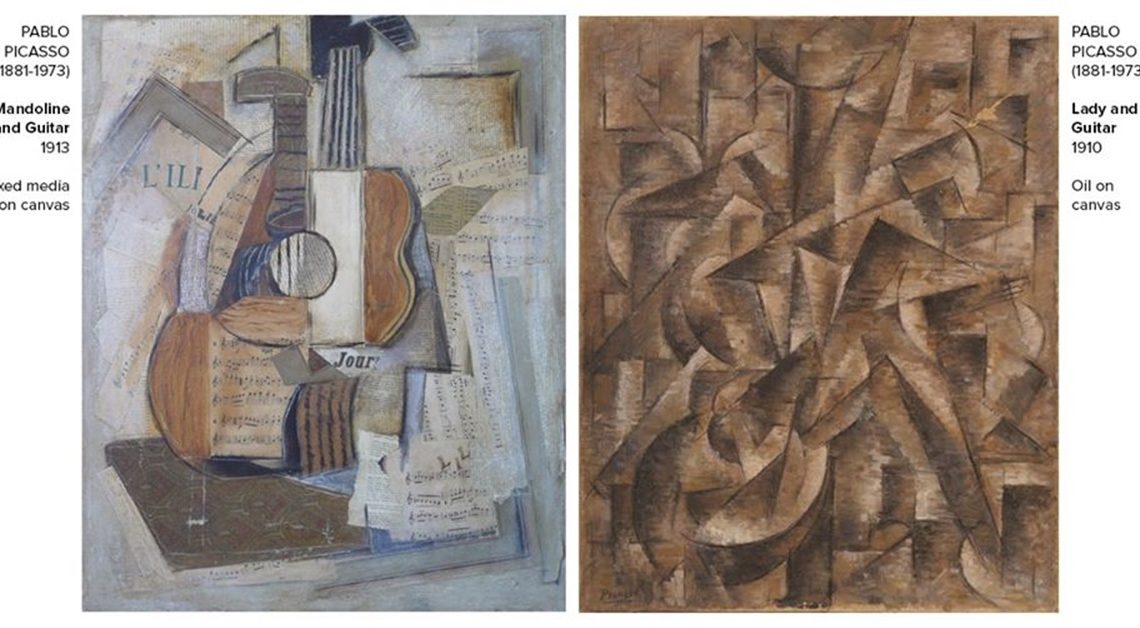 Two hitherto unknown works by famous Pablo Picasso from the early 20th century, oil on canvas “Lady and Guitar” (1910) and mixed media on canvas “Mandolin and Guitar“(1913) are currently, for the very first time, on a public display at the Mimara Museum in Zagreb, as a part of the exhibition ‘Discovering the Masterpieces’.

Even before its opening, the exhibition aroused great public interest, mainly due to the question of whether the works were originals or not, so the opening itself was an opportunity for experts, who have worked on discovering the truth about these works for the last twenty years, to finally speak about it.

Vladan Desnica, from the Natural History Laboratory of the Department of Conservation and Restoration of Art at the Zagreb Academy of Fine Arts, presented the procedures performed on images, from physico-chemical analyzes and infrared imaging to spectroscopy. According to Desnica, the analyzes performed and the pigments identified corresponded to Pablo Picasso’s works from that period and are accordant with scientific studies of the works from that period, so these two works are probably authentic works of Picasso.

American sculptor of Croatian descent Nick Kačić Miošić, who has been studying these Picasso works from a historiographical point of view for ten years, presented his research on collage piece, which he said represented a journal of Picasso’s life.”Every piece of paper, newspaper clippings, music notation, he kept and glued carefully. That was his life, and so we discovered that he dedicated the collage to his mistress Lili,” he said.

Picasso’s works are on display, with special security measures and conditions, in the Collector’s Room of the Mimara Museum and can be viewed until December 29th, 2019.