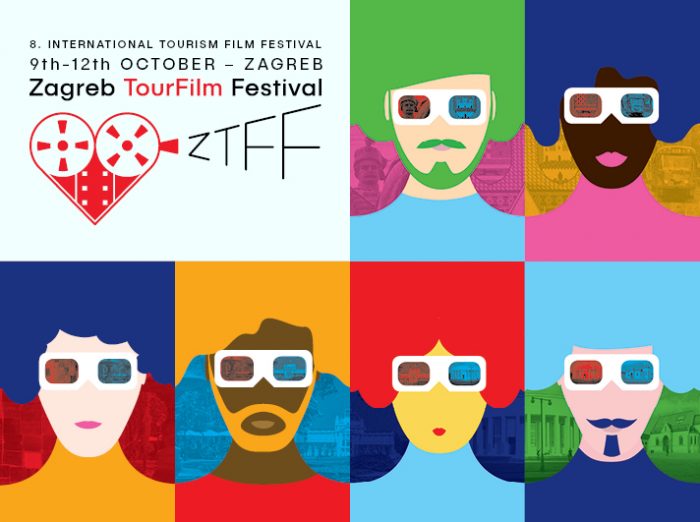 The eight edition of Zagreb TourFilm festival is approaching us and it’s going to be held, just like earlier years, in Kaptol Boutique Cinema starting on 9th of October until 12th.

The general purpose of Zagreb TourFilm Festival is to reward films and audiovisual productions that promote tourism by showing their country’s tourist  destinations, culture, traditions, hotels, resorts and all types of tourism they offer. Festival’s wish is also to educate and motivate the employees of the tourist industry in promoting particular destinations the right way and in focusing on target groups as well as to inspire all interested parties to search for the latest trends. The Festival’s aim is also to induce young people to enter the world of tourism – as its promoters or just as tourist professionals.

This year there were 302 movies registered from 41 countries. Selectors selected 117 of them to fight for 32 prizes in various categories. President of the jury is Bobby Boško Grubić, winner of numerous awards among others he has won three Emmy awards.

Those who are interested in watching one of the best films about tourism for free can come to Kaptol Boutique Cinema on Thursday, 10th of October between 5pm an 9pm.