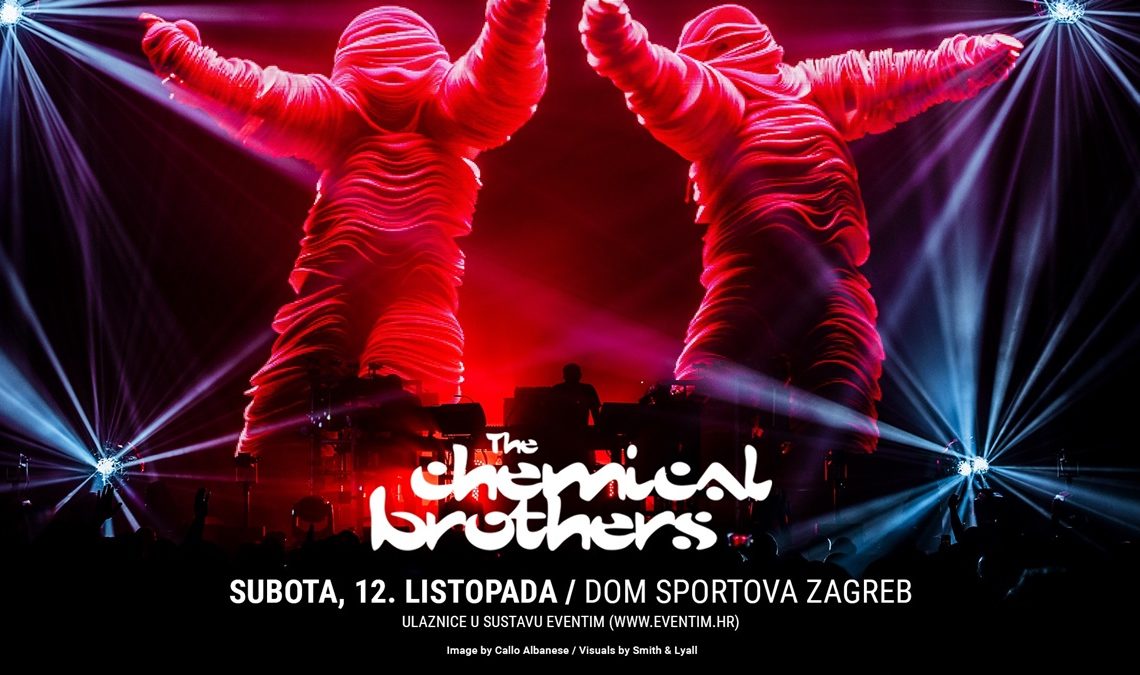 As a part of their great ‘No Geography’ tour, concerts and performances at the world’s largest festivals, from Mexico to Australia, UK’s Glastonbury to the Fuji Festival in Japan, and just before the big final concert at the O2 Arena in London, The Chemical Brothers are coming to Dom Sportova in Zagreb, on October 12, 2019 for their first performance in Croatian capital.

For more than 20 years, The Chemical Brothers have defined electronic music. Their live performances evolved from modest London clubs to the world’s biggest stages, and the core idea remained the same: their concert creates a transcendental audio-visual space where the audience can fully let loose and get lost. The performances of this electronic duo are not just DJ sets, but a complete audio-visual event accompanied by their own spectacular productions, creating a whole new experience and one of the most interesting live performances in general.

The group was founded by Manchester duo Tom Rowlands and Ed Simons who, along with the Prodigy and Fat Boy Slim, is considered one of the pioneers of the ‘big beat’ electronic music genre. Their latest, ninth album ‘No Geography’ was released just a couple of months ago and has already received international critics praise.

Their last gig in Croatia was almost 10 years ago on the island of Pag and this will be their first performance in Zagreb. Tickets are on sale through Eventim system and can be found at Rockmark shop in Zagreb for the price of 430 kn for the floor and 350 kn for the stands.