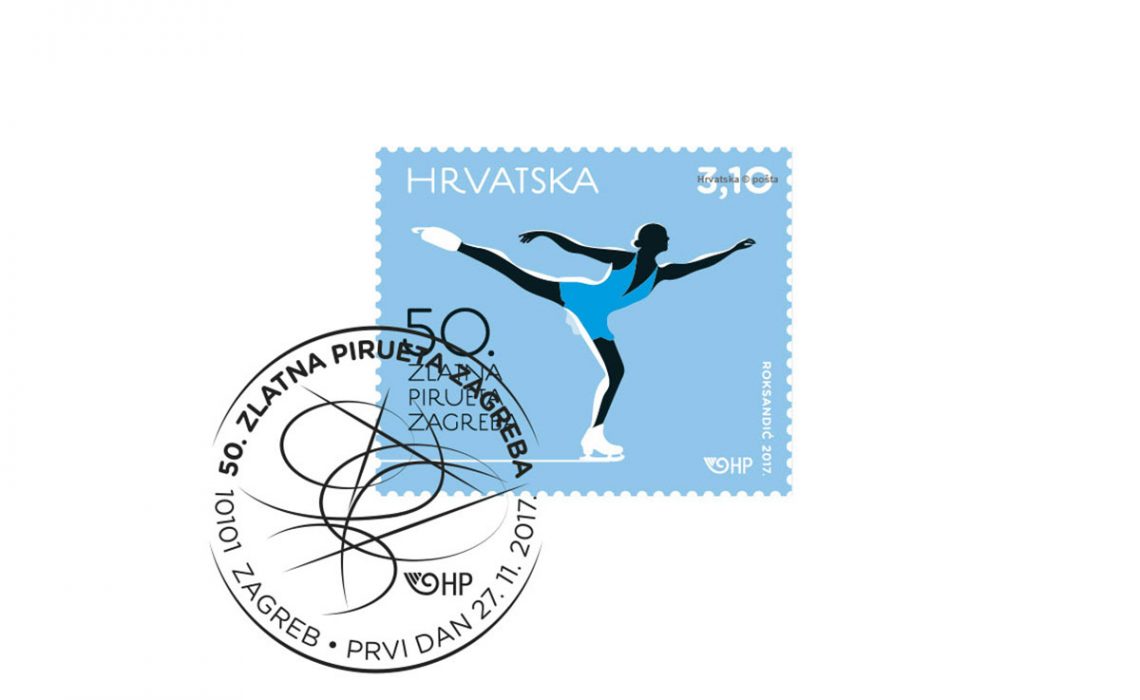 This special postmark edition for half a century anniversary was designed by Dean Roksandić, who chose a female slider for the motif. Postmark will be issued in a 9-stamp arch with one pendant, and the Croatian Post office also made a special envelope for the occasion. All postal stamps can be purchased online as well at www.epostshop.hr.

The beginning of ice-skating in Zagreb can not be marked by exact date, but people have been doing it for a long time, at first on the frozen Maksimir lakes, smaller branches of river Sava, and in private yards. The first ice-skating club was founded on November 15th, 1874 which arranged the first public ice-skating ring on the place of today’s Mažuranić square. Zagreb’s mayor Većeslav Holjevac opened ice-skating on Šalata in 1961, and that was the cornerstone of sport ice-skating in Croatia.

In 1992, the 25th anniversary of Golden Spin Zagreb was celebrated under the patronage of the Parliament of the Republic of Croatia. The president of the International Skating Council Olaf Poulsen sent congratulations with words: ‘On behalf of the International Skating Association, I want to express my admiration for the Golden Spin organization 25 times. This competition has been very important for the development of professional ice-skating all over the world. Most of the top skaters of the world started their career in Zagreb and it has become a tradition for a skating family.’ Today, 25 years later, we can repeat the same congratulating words with many additions and successes that followed in past 25 years.