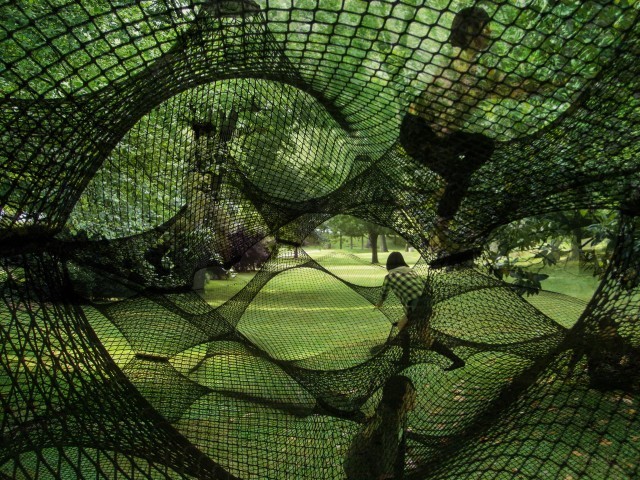 Croatian Design Association (HDD), a national design umbrella organization, has published the list of nominees for the Croatian design grand prix of 2015/2016, with three awesome projects competing for the prize. The winner of the grand prix and winners in other categories will be declared on the opening night of the annual HDD exhibition, Museum of Arts and Crafts, on September 13th.

Just Zagreb was a small part of one of the projects nominated, so we’re super excited that it got recognized as one of the best among so many great ones. But we’re going ahead of ourselves here. The nominated projects are: 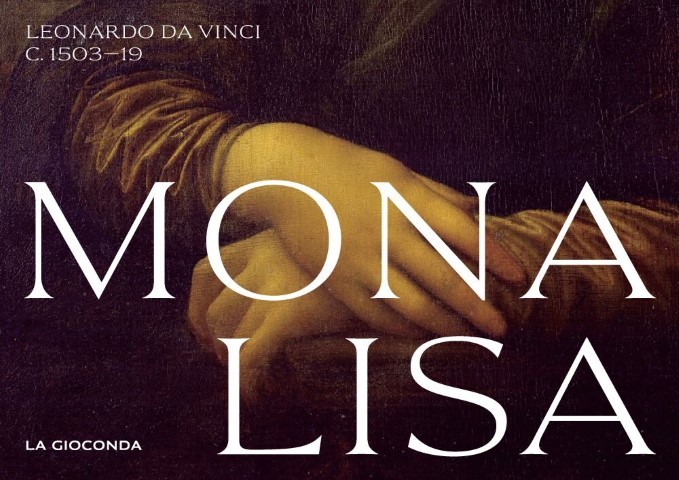 There’s a lot of pressure on your shoulders if you are picked to create an in-house font for one of the most important and famous cultural institutions in the world. Thankfully, not only did Dujmenović and Hrastovec, two young local graphic designers, keep their cool, but they’ve created a font that perfectly captures the sensibilities of Louvre. Elegant and breezly with the right amount of seriousness and gravity to it, when looking at it for the first time, you would not think Louvre has had nay other font before it.

The project was part of a larger re-branding of the museums visual identity last year, led by the French agency Dream On. It’s not just the font itself that earned the pair their nomination, but all the potential global doors they have opened for Croatian typography with their great work. New generations of Croatian designers (of which Dujmnović and Hrastovec are a part of) have risen the quality of local design to high new levels of quality in the past six years or so, and it’s still very contained and undiscovered globally. With trailblazers like SDSS, local typography just might get its due. 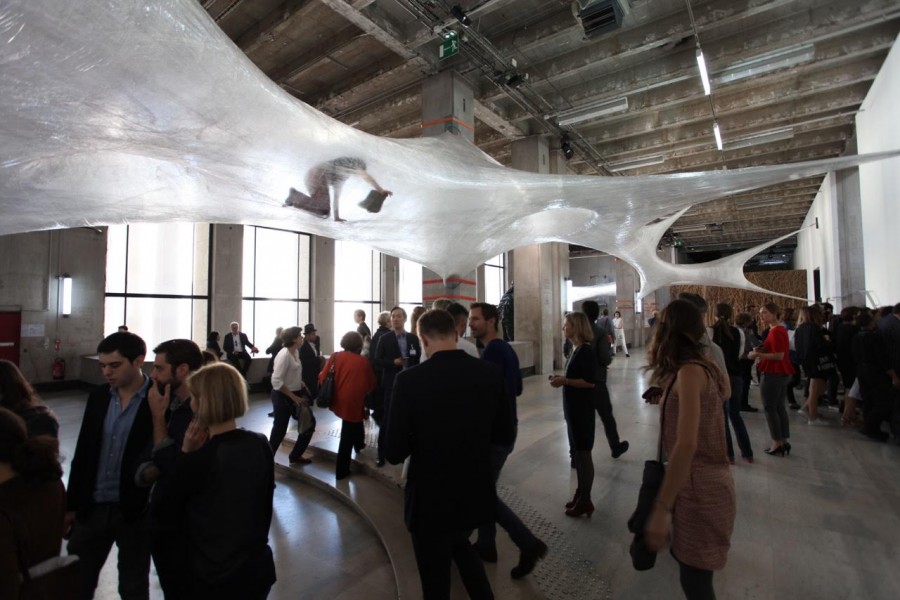 The Croatian/Austrian studio is very successful with, and well know for, their works in industrial and production design, but what started as an experimental side project has become their trademark. Now a fully fleshed project, Numen’s for use installations have been set up all over the world’s public and exhibition spaces. Tape, Net and the most recent, Tube, transform spaces they are in, they humanize them and change the experience of being in them, opening new viewpoint and possibilities of movement through them.

The names are self explanatory, the installations are literally what they are called, but can be adopted to different spaces, and are constructed in such a way that people can walk on, through, over, under and around them, play with them and in them. As the HDD committee stated, the installations are ‘a design made for play and rediscovering our own environments, a design inspired by their context, thus constantly reshaping, rebuilding and reinvigorating the spaces they are in’.   ‘ 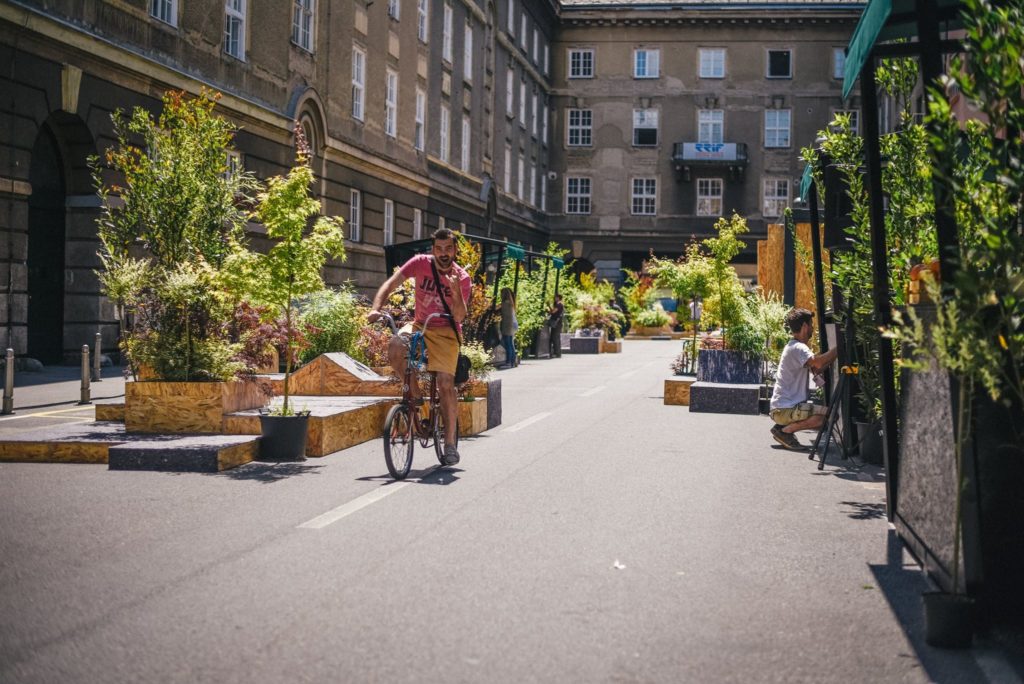 Credit should be given where credit is due, and Ira Payer deserves all the credit she gets for conceptualising and going all the way through with her vision of Martićeva and surrounding streets. But kick starting the amount of change in such a small time fame in an old neighborhood that had become a shadow of its former, lively, self can only be done if a lot of people put in a lot of effort. And they did. Architectural and design studios, creative agencies, pastry shops, bars, diners, craftsmen, galleries, flower shops, artists, residents of that area and enthusiasts from all over Zagreb had come together to bring the neighborhood back to life, make it greater then the sum of its parts and create the first design district in Zagreb.

The pinnacle of the process was a four day block party held in June that was bursting with positive energy, people were flocking to feel it and contribute to it, things were happening on every corner of every street in the block, there was this viral sense of optimism and community. The design aspects of it were embedded as the backdrop of it, but the change they aggregated was tangible to every person that found their way there. And that’s a mark of great design.