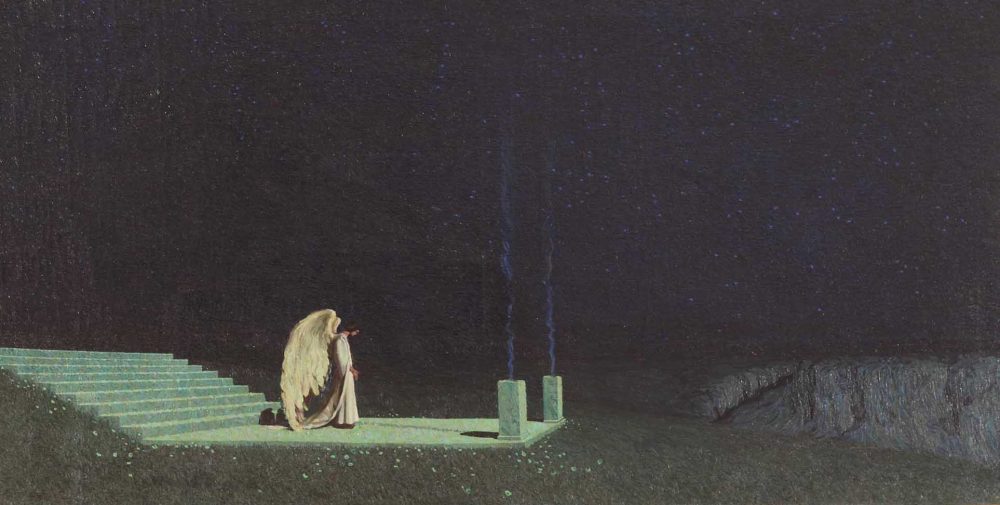 It’s not a theme people like to think about, but Death, as a concept, has been an infinite well of inspiration for artists throughout the ages. It is often juxtaposed to Life, which exists in negative space of depictions of Death, gaining meaning because it is not there. Sometimes Death is its own subject, and artists are trying to pull beauty from the edge of the abyss, explore the phenomena on its own terms without trying to affirm its opposite through it, or just contemplate its meaning, its forms and consequences it has on people left behind.

For the exhibition opening on Friday, August 26th at Klovićevi Dvori Gallery, the motives are not as important as the motifs. Road to Eternity, as the exhibition is titled, seeks to explore all the different ways Death has been approached by Croatian artists from the end of the 19th century until today.

The exhibition gathers works collected from museums and private collections, as well as different items that have a connection to the theme, from models of tombstones, items in different religious rituals, real death masks, jewelry and clothing, books of dead and relics.

The main focus is on modern and contemporary art however, through which artists tackle the passage of time, end of things, disintegration, fading and death in all kinds of manner, some subtly and symbolically, others more directly.

The title Road to Eternity was taken from a famous painting by Gabrijel Jurkić from 1918 that had allegorical depictions of death, a representative and popular theme from local painters and sculptors at the turn of the 20th century, especially when dabbling in symbolism.

Contemporary artists are also featured in the exhibition – Ivan Faktor with his installation made during bombings of Osijek in the war for independence, which, when activated on a bedrock of television sets turns into a cross with sounds of bombshells going off; Alem Korkut with his self portrait in clay and a video of it decomposing; Ante Rušić‘s white coffin filled with mirrors; Damir Sokić‘s personalized electrical chair…

One room in the exhibition is dedicated to skull paintings of Mauro Stipanov, inspired by works of Italian poet and philosopher Giacomo Leopari, another section holds selected photographs of some of the most beautiful cemeteries in Croatia and one corner holds documentary materials across 85 years of Zagreb Death Grant Association’s activities. Pogrebno poduzeće (Death Grant Association) is also the partner of the exhibition.

The grand opening of Road to Eternity is on August 26th at 8pm, and the exhibition will be opened until November 6th.