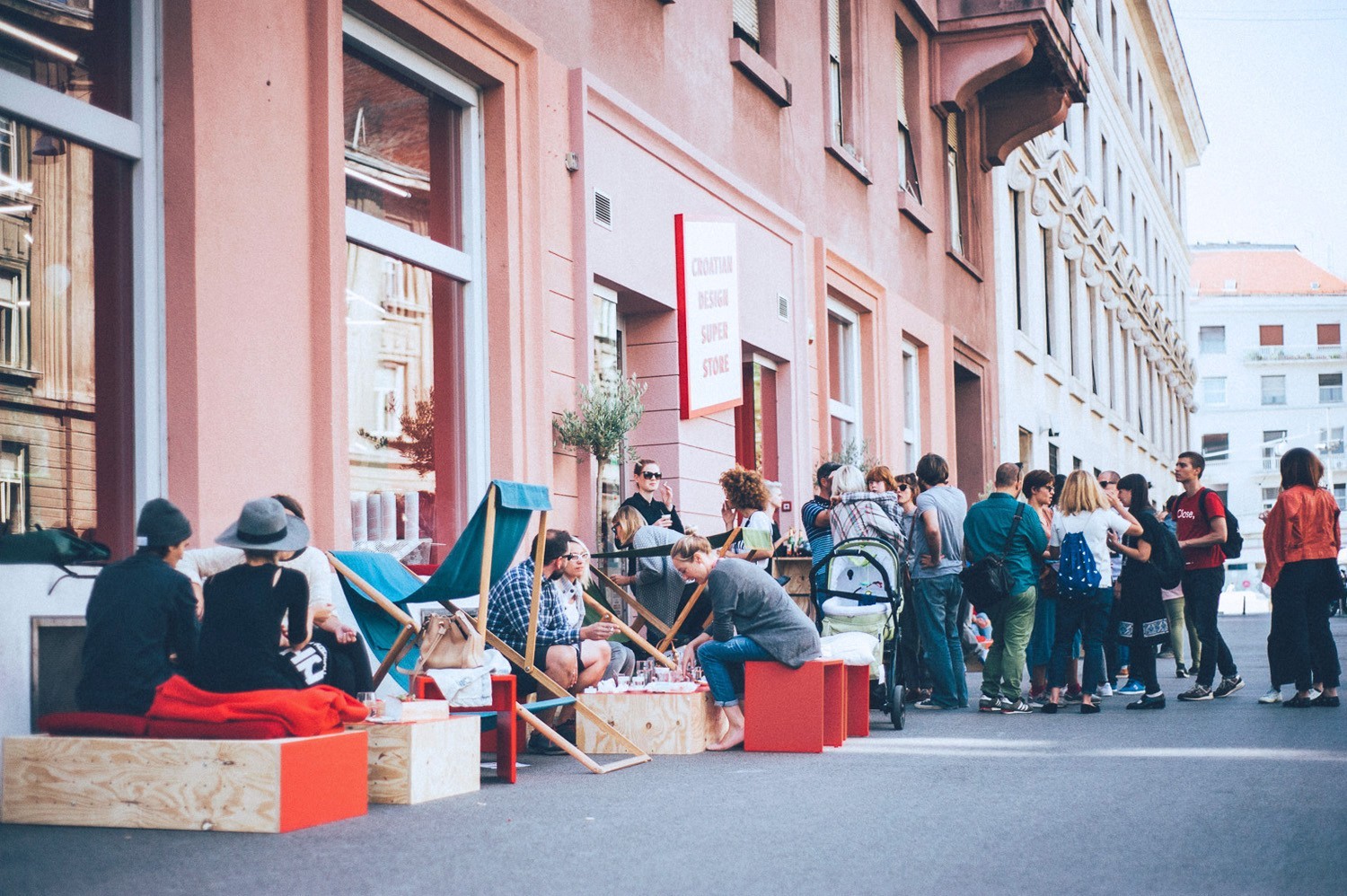 Martićeva street used to cause a lot of mixed feelings for the locals a few years back. Martićeva was (and still is) an integral part of the urban identity of the city as a whole, but the street itself lost its own identity with generational changes and consumer habits. It became an empty, albeit pretty shell of its former self, all form and no content, as businesses moved out from there. Zagreb’s gentry culture had relied on DIY solutions in everyday life in the second part of the 20th century, a philosophy that came with living in socialism, where continuous consumption of new products was not pushed as much, there was a certain level of austerity when it came to home appliances, and people usually fixed things themselves.

In that context, Martićeva became a DIY district, filled with hardware, cloth and car parts stores and dealerships and soc-bars (derogative name used today for neighborhood cafes with kitsch decorations left over from socialism). As the more consumer based economy took foot in Croatia, so did that type of DIY culture decline among the gentry. Car dealerships moved to industrial zones, hardware and cloth stores were losing profits and closing shop, people stopped frequenting there and, one by one, the bars closed too.

The street itself did not change, but it lost all flavor among the locals, and had a lot of empty business space no one was using. This went on for years, with little pockets of life happening here and there, like Booksa, a literary club/cafe that gathered young writers, artists, activists, students and cultural workers. Still, those places were more of an exception than the rule. But change slowly creeped in over the last few years, young people started moving there, new small creative businesses and agencies were opening, and slowly, Martićeva found itself brimming with new energy. 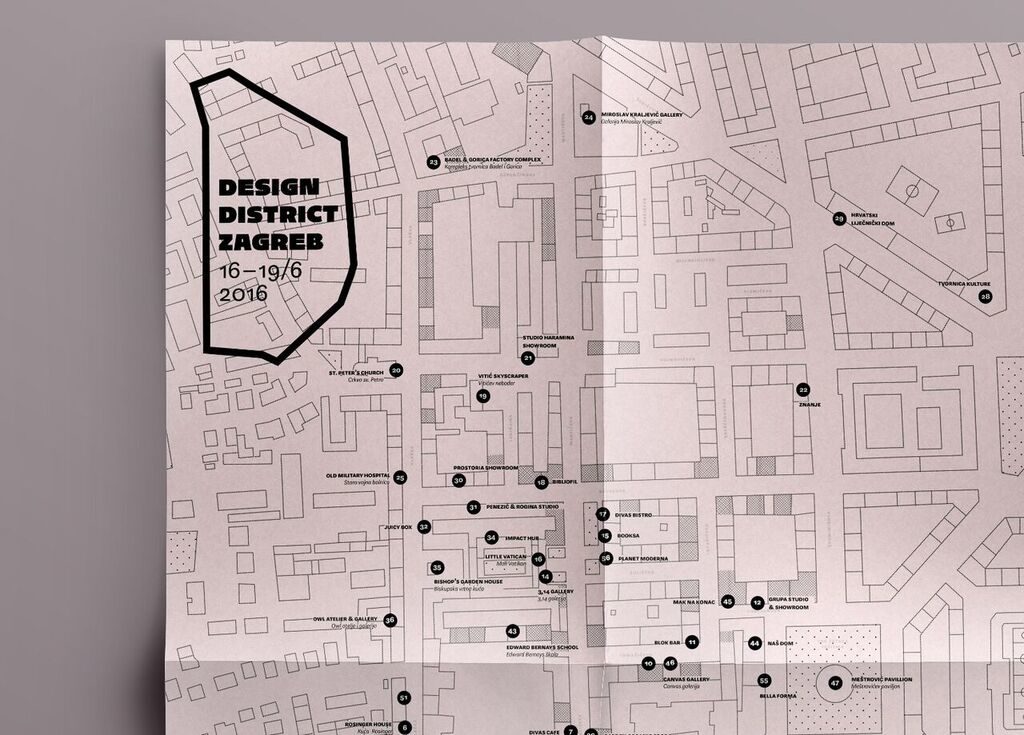 Ira Payer, creative director of the Croatian Design Superstore at Martićeva, was one of the people who worked and lived there and saw what was going on. They’ve decided to use this new potential and make a creative district out of Martićeva and surrounding streets, starting from organizing the Design District festival.

‘Design districts, or creative districts, are a popular concept that has spread globally, and I’ve had the opportunity to visit quite a few of them. The zone around Martićeva street seemed like a perfect candidate for such a project. Throughout the past few years, the neighborhood has somewhat spontaneously changed its urban identity and is now witnessing an organic urban renaissance, thanks to a number of valuable cultural and creative initiatives. The spontaneous transformation of the area has been going on for years, I have been watching it come alive, and decided to put it all together under one name. Once I started presenting the possibility to the people in the neighborhood, I received very positive reactions. I knew this was a very valuable project that needed to be realized’, Payer explained her motivations.

Design District Zagreb will take place June 16th – 19th throughout the neighborhood and will be a mixture of an arts festival, block party and fair, engulfing small crafts, bars, restaurants, diners, pastries shops, design and architecture studios, NGO’s and education centers, showrooms, start up hubs and coworking spaces, bookstores, galleries, art collectives and creative residents. Artists, designers and architects that live and work there will do interventions in empty spaces, art installations will be placed around the neighborhood. Different creative workshops will be organized, as well as promotions and other events, all spiced up with parties and concerts around the neighborhood. 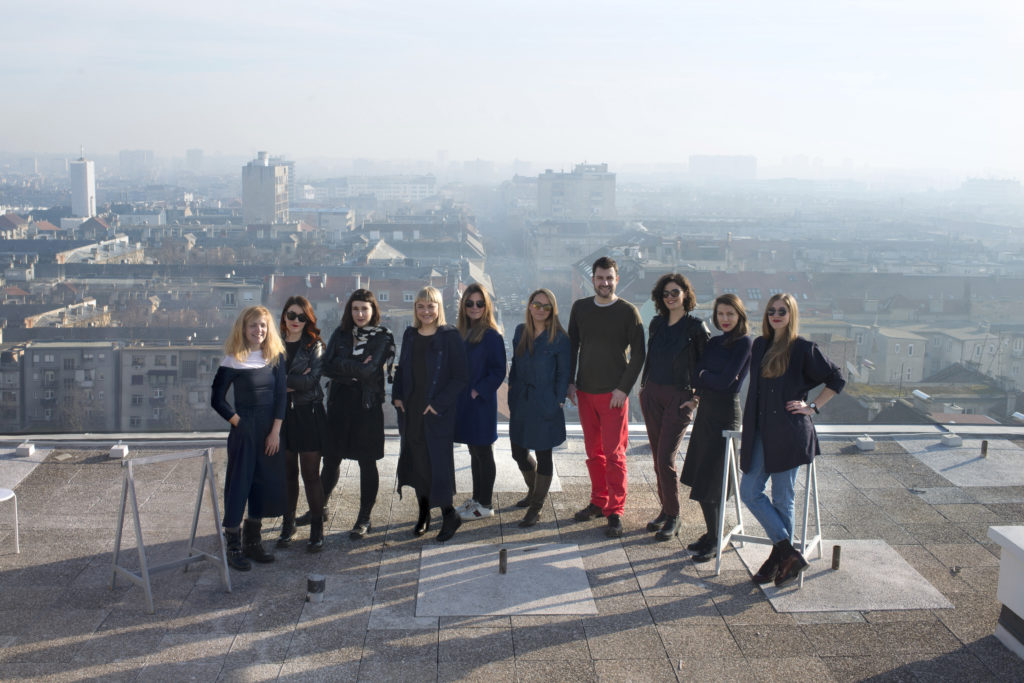 ‘Design District Zagreb is a long-term initiative that aims to affirm the Martićeva zone as the creative go to place of the city. The tourism in Zagreb has truly started blooming in the past few years, and the area, with its own special charm, has been somewhat neglected. We aim to fix that. It is a natural step forward: uniting the entire community that consists of design-led businesses, studios, non-profit and government organizations, other creative endeavors  and residents. The aim is to push forward the creative potential of the entire neighborhood, for it to be recognized as one of the focus points of Zagreb.’, said Payer.

Just Zagreb is a proud partner of the festival and initiative, and will be bringing you all the latest news, features about the people and the neighborhood, artists and projects as the festival approaches.