A long time ago, it was said that stars can’t shine without darkness. Boris Stromar, a 39 years old designer and photographer, knows that as well. This interesting Zagreb citizen is fighting for the right of stars and the Croatian sky! Yes, you have read it correctly. Boris Stromar is the initiator of a very, very interesting project named Croatia Full Of Stars. With this project, he is trying to raise awareness, of the government and fellow citizens, and point out that the city lights are ruining the clear Croatian sky. In addition, they are destroying some plant and animal species. His project, in which he cooperates with his younger colleague Lovro Dujnic, consists of a series of photographs taken in coastal areas – from Istria to Dalmatia.

Adventure behind a Moon tail
To make a shot of our beautiful domestic sky, these two guys didn’t sleep for days when they did, they only took naps in tents on the beaches. All this to find and record every little piece of the clear sky, where they can still see the stars.
‘We started one Friday without a plan. Ok, we had a plan to spend around ten days under the ‘clouds’ to make the maximum of photographs. We waited for moonless nights and fought against different weather conditions, but the will to record the stars and beautiful sky above the Adriatic Sea was stronger than any natural disaster’, is how Boris had started his original story. His wish was to capture Croatian heavenly treasure on camera, but also to warn us of the harmfulness of light pollution created by the city lights in every Croatian town.
‘Croatia is still dark at night. We still can watch the stars – the beautiful night landscapes free of light pollution. The tourists are coming to admire the sky that they don’t have at home anymore; their stars have ‘disappeared’ as a result of light pollution. And I hope it won’t happen to us as well, because there are more and more lights with which touristic locations mark monuments, buildings, nightclubs, everything’, explains Stromar, president of the Zagreb Astronomical Society ‘Infinity’.

Where the stars have no name!
In order to present Croatia ‘in a better light’ Stromar was traveling around, so, among many other cities, he went to Zadar but to Islands Cres, Krk, and Losinj as well.
‘All in all it was a sad experience for me as a human who cares on one side and a devoted photographer on the other side. In Zadar we saw the city walls illuminated from the ground, and we couldn’t see the stars. Same situation we found on islands of Krk and Losinj (the worst, dirtiest view was seen from the city of Losinj). Furthermore, in Pula and surroundings we can no longer talk about the clear sky since the stars are covered with strong lights… Namely, the light pollution has no boundaries, and it greatly influences the migration of birds and, therefore, the extinction of many plant and animal species. And that is the significant problem. That is why, in the US or Canada street lights are extinguished during animal migration. All in order not to disturb the biological balance’, he explains.
‘But there is one more thing’, he added.
‘While I was in Novalja, on the island Pag I met one cute girl. We went for a walk, and I wanted to show her what am I doing. We tried to ‘climb to the stars’ in that romantic moment, but the Milky Way was hidden behind dim city light cannons. What a pity. I wish I could turn back that moment ‘ said the guy from the Zagreb’s Tuskanac, who has been observing stars since 1997, when he saw the comet Hale-Bopp for the first time.
‘I remember that day. I was delighted, and I immediately fell in love with ‘all the things up there ‘. From that moment on, my head was more oriented to the sky that to the ground. O.K. until I became a father to my lovely daughter Una. Fortunately, she shares my passion with me; we are both in love with heights, so we often ‘fly above the clouds’ together, he adds with a smile on his face. 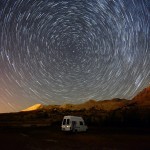 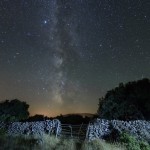 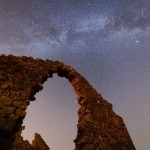 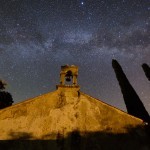 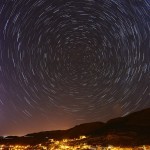 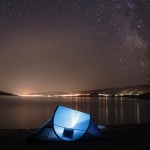 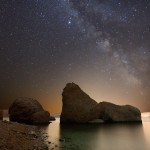 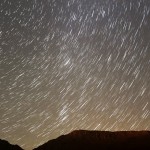