Jelacic Square – the most famous meeting point in Zagreb 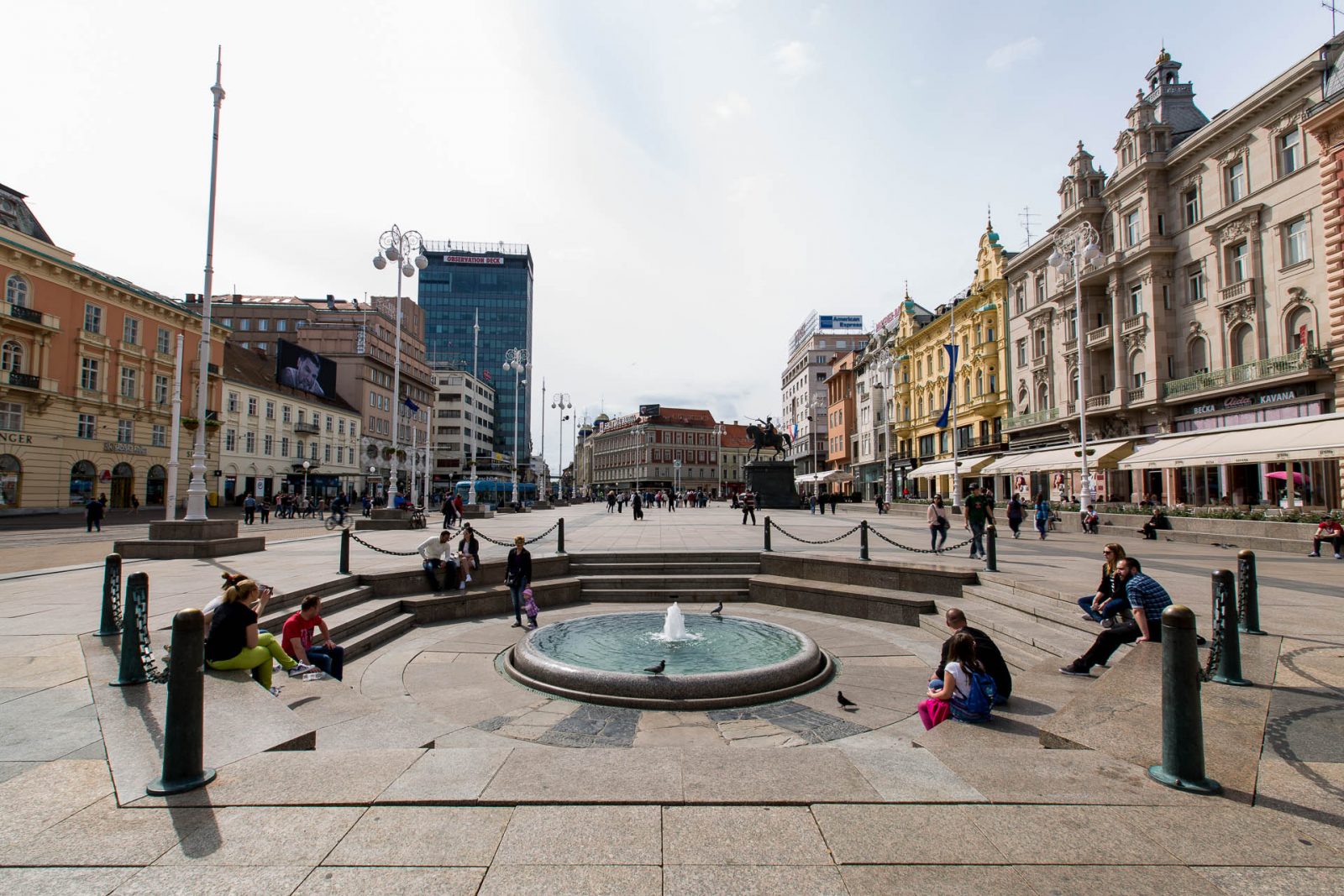 The main square in Zagreb is the famous Ban Jelacic Square. In The Croatian language better known as Trg Bana Josipa Jelacicća, or Jelacicev plac (from Platz, the German word for square) or even just Trg. The square is named after the Ban Josip Jelacic, a Croatian Ban (noble title) who abolished serfdom and announced the first elections for the Croatian Parliament (Sabor).

Jelacic plac – the heart of the city
It is located in the centre of Zagreb, between the two oldest cities, Gradec and Kaptol. It is connected to Ilica, the longest street in Zagreb on the west, and Jurišićeva Street on the east. It is very close to Dolac, the biggest market in Zagreb, and near every important place – streets known as Radiceva, Oraska, Gajeva. It is close to European square and Cvjetni or Flower square as well. Moreover, it is the center of the Zagreb Downtown pedestrian zone and has existed since the 17th century (Its first name was Harmica).

In 1947 when the new Yugoslavian Communist government named Jelacic ‘a servant of foreign interests’. Ban Jelacic and his horse had been kept in the cellar of the Gliptoteka gallery for years, and the square was renamed into Trg Republike (Square of the Republic).

Square going up against regimes
The square features a large statue of Ban Josip Jelačić on a horse, created by an Austrian sculptor Anton Dominik Fernkorn. This piece of art was installed on the 19th of October 1866 by Austrian authorities, despite protests from Zagreb councilmen, and it also caused unease amongst Hungarians, who regarded Jelacic as a traitor. But the statue had remained at that place until 1947 when the new Yugoslavian Communist government named Jelacic ‘a servant of foreign interests’.
Ban Jelacic and his horse had been kept in the cellar of the Gliptoteka gallery for years, and the square was renamed into Trg Republike (Square of the Republic).
When Yugoslavia got separated into several smaller countries and Croatia became independent it had its first elections in 1990. Immediately after Jelacic’s historical role has again been considered positive and the statue was returned to the square but placed on the north portion facing the south.
The name of the plaza has again been changed to his second and current name – Ban Jelacic Square. 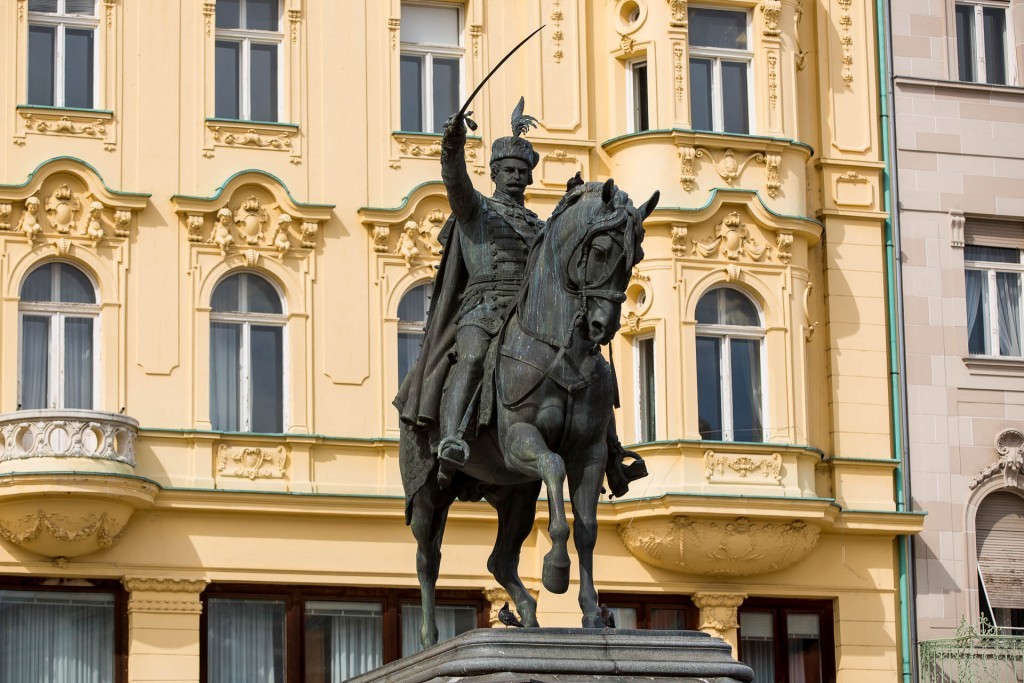 Since this time, Jelacic Platz has been the most famous meeting point in Zagreb. If you want to meet your friends you can wait ‘under the horse’, beside the clock or at the tram station. When we talk about the station, we must say that from this place you can take trams number 12, 11, 13, 14, 17, 6 and 1 and quickly travel to Crnomerec, down to Ilica, to Tresnjevka or Remiza, to Zitnjak, Dubrava, Maksimir, Mihaljevac, Novi Zagreb, stop everywhere and see everything in between.